It's been 4 years since the famous FeudZ between Camilla Cooper and Zoey Zellers broke. We laughed. We cried. We said take many seats and chill. We all thought it was finally over, but now it seems they are taking the FeudZ to the field, and this... is probably gonna reach overtime!

Rumours say it all started when Camilla found out that Derick Dunn was looking forward to the WoozCup. She was looking to impress him and decided to do what any other normal Woozen would do... spend billions of Wooz to buy one of the biggest soccer teams in Woozworld - HollyWooz United. Just a regular day for Camilla and her bottomless bank account.

As you can guess... Zoey got wind of Camilla's newest purchase. Little did Camilla know, though, Derick's favourite team is Real HollyWooz. Which... she now is the owner of.

So here we are, Woozens. Almost at the start of the WoozCup, and the top two teams are bought by the HollyWooz celebrities Camilla Cooper and Zoey Zellers. The two are reigniting their rivalry on the field and to the fans! But one question remains... which team has YOUR support?! 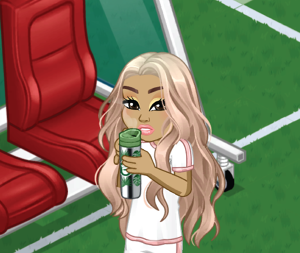 Hollywooz United, owned by Camilla Cooper, is one of the classic soccer teams from Woozworld. With the most faithful fans and even having their own stadium, the Fantastic Hollywooz United Nation also known for the fans as F.H.U.N. (The H is silent)! 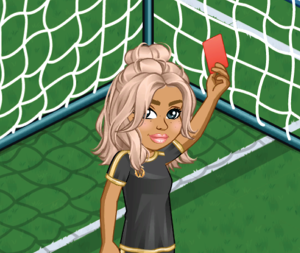 Real Hollywooz, Zoey Zellers's team, is all about the next level of soccer! With a team full of young athletes and using the most advanced technology in their training regime, they are determined to win the WoozCup for the first time. Some say they are too bold, but this is Hollywooz, and the bold ones are our favorites!

The ultimate showdown will start on November 23 and go until November 30th. You will be able to choose your team and receive a uniform. Wearing the uniform will give you access to special PoseZ needed to hit the soccer ball. Of course, the team that kicks the most soccer balls will be the soccer champions of Woozworld!!

Get stretching, Woozens. This will be a week long game!