Inverters only have one Power Input.

Inverters also only have one Power Output. 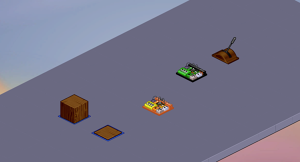 Inverters might seem a little tricky to understand, but once you get the hang of it, you'll wonder where they've been all your life! Let's start by building something simple to help you understand how they work. For this demonstration, you will need one Switch, one Splitter, two Blockades and one Inverter.

Now, it's time for connections! Start by connecting the Switch to the Splitter:

Next, connect the Inverter's Power Output A into the Blockade on the right:

There you have it! As you can see, the Blockade on the right has been immediately activated because the Switch is Off. If you close the Wire Menu and trigger the Switch, you'll see that the Blockades are always opposite, because one is connected to the Inverter. Just like Splitters and Hubs from our last lesson, the Inverters allow you to introduce complex connections to your circuits. 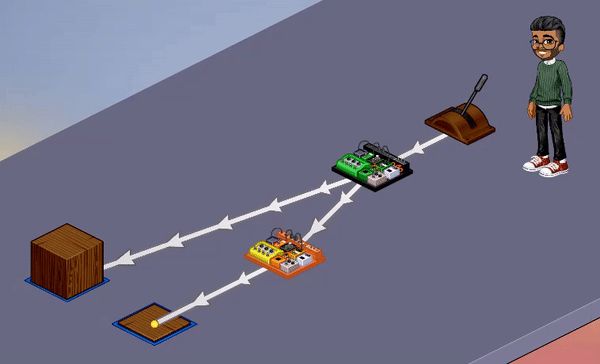 Another lesson mastered! You're on fire! You won't wanna miss the next MasterClass on Sequencers!