There's a brand new game coming to a Unitz near you! It's called Weak LinkZ and it could be your chance to win big.

Weak LinkZ is a trivia game with a twist. Six Woozens will compete, and work together, to win some Wooz. How can they be competing AND working together, you ask? Read the rules below to find out! 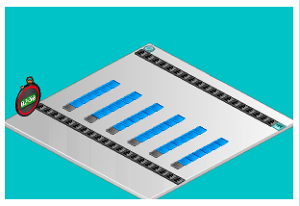 It might sound a bit complicated, but you'll get the hang of it quickly. See you at Weak LinkZ!