You may have noticed some changes in the last few days! That's right...We've released new content related to Crafting:

We created over 90 new achievements and user titles related to Crafting that you can unlock by collecting different types of resources and ranking in the weekly leaderboards. Which will you try to unlock first? Do ya think you can unlock them all?

Important note related to the Early Access: The resources you collected since we initially launched the Crafting feature were unfortunately not all counted towards completing those new achievements. Some started to be counted a few weeks or days ago.

If you're lucky, starting today you might find some treasure chests appearing wherever you collect standard crafting resources (in the Mine, the Forest, and the Farm). Be the first to open them to receive a random reward. There are 5 different color-leveled chests that can randomly appear: 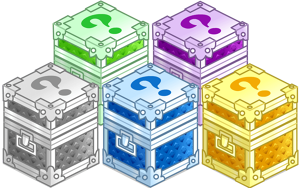 Important note: These chests requires much more energy to open than standard resources, but don't worry they'll be worth your energy!

Second note: The crafting resources you can find by opening chests don't count towards completing achievements or ranking in the leaderboards. Only manually collecting them counts!

Let's start the hunt for treasure chests! Which chest will you manage to find? And what will you find inside? (more rewards will be added in chests over time) 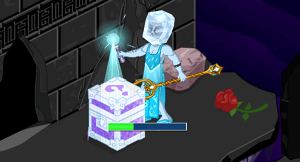 We added a bunch more classic clothing items that you can now craft from the Sewing Tables. The crafting cost of some older clothing items was slightly adjusted, as well. Check 'em out today and put your resources to good use! 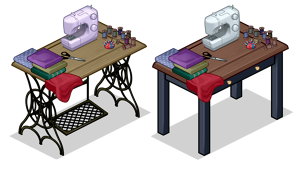